Berlin was our second last stop on the whirlwind Europe trip. We trained in from Amsterdam and stayed in Mitte. Berlin is full of history and they display monuments in memory of the victims of WWII all over the city. 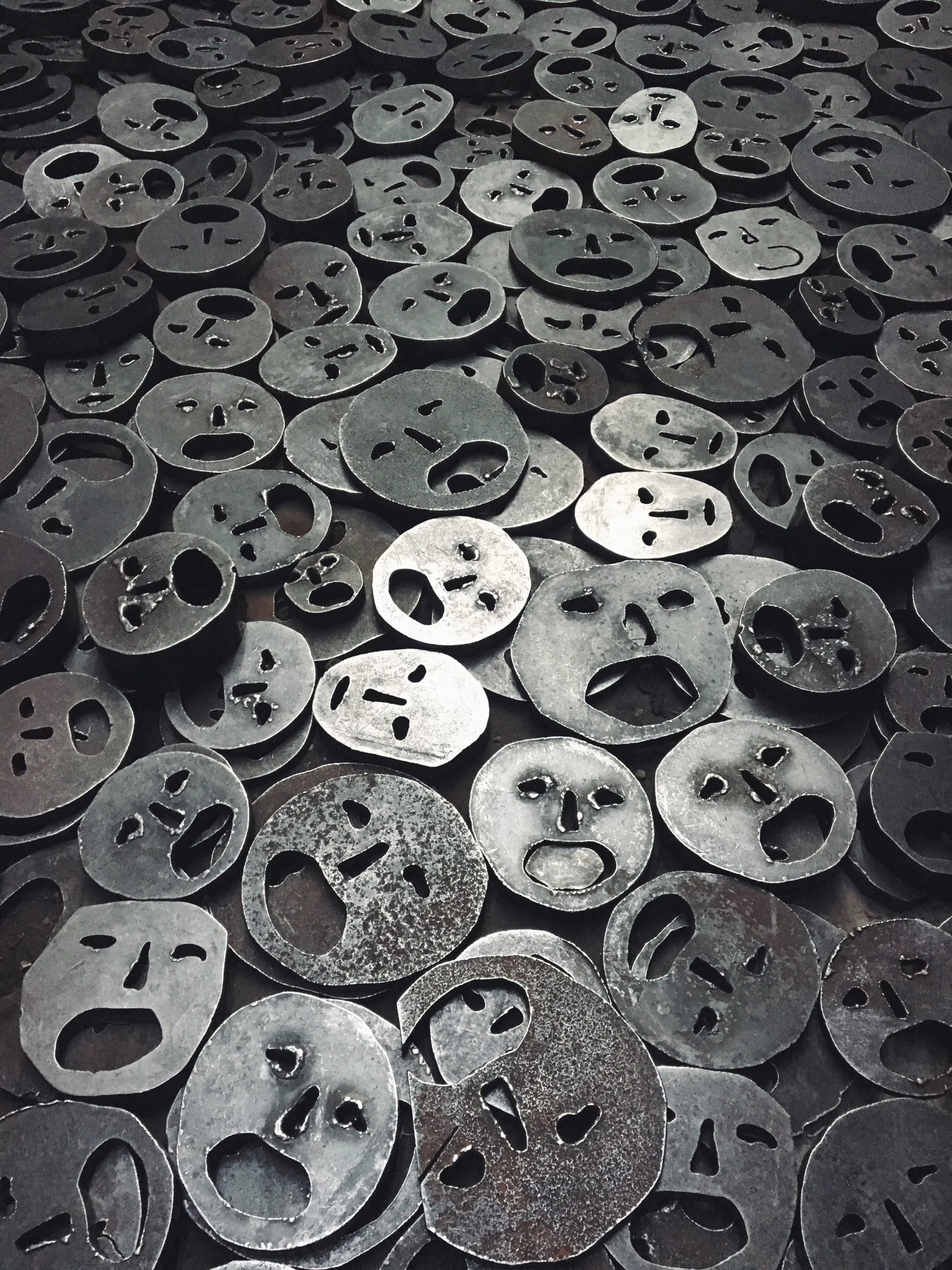 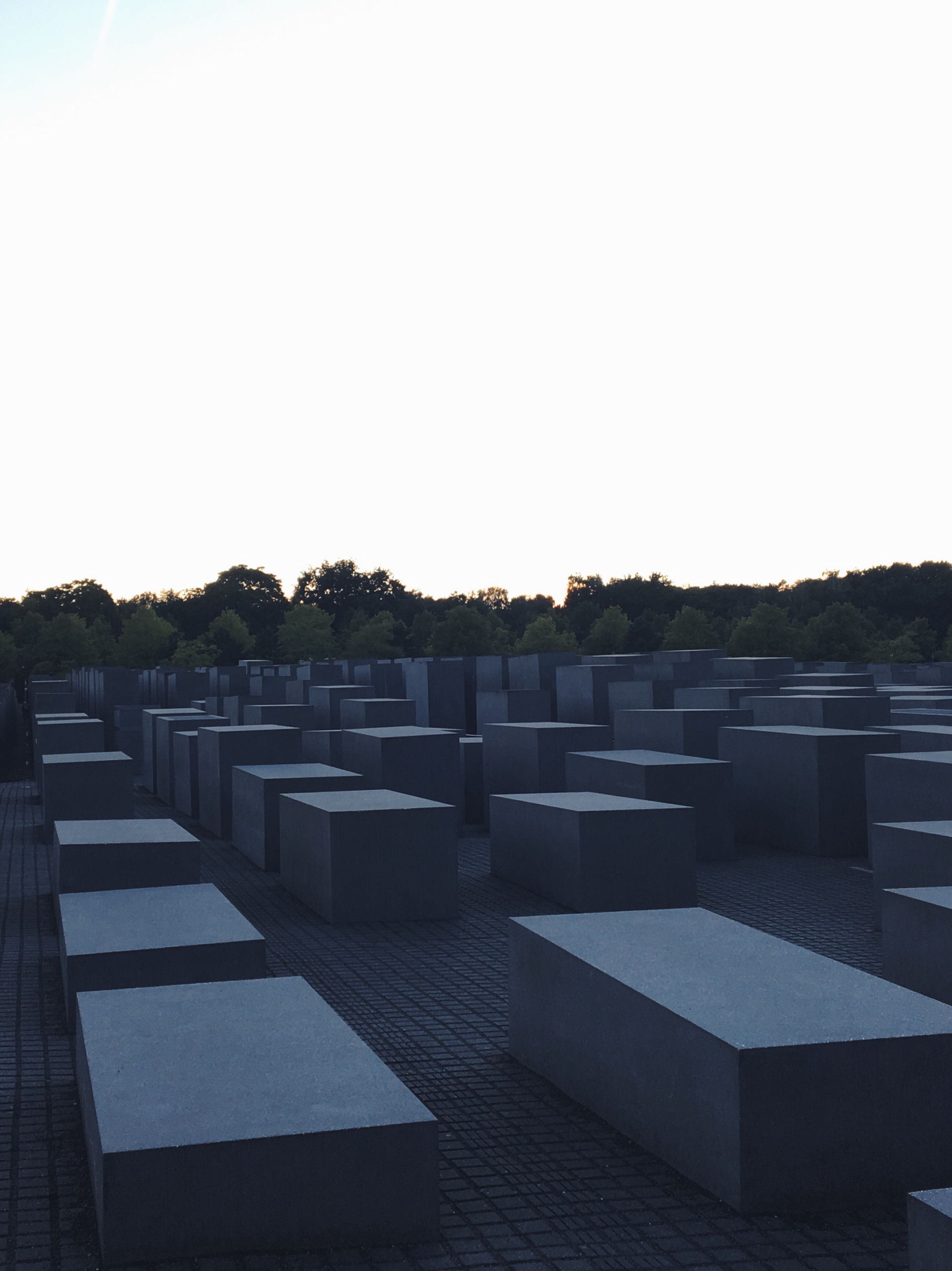 We visited the Jewish Museum Berlin and Memorial to the Murdered Jews of Europe. They were both chilling experiences that really demonstrated the horrors of WWII. The museum has both artefacts and letters from the time, and artistic interpretations of the War and suffering. It was an amazing experience to walk though the interactive elements of the museum. 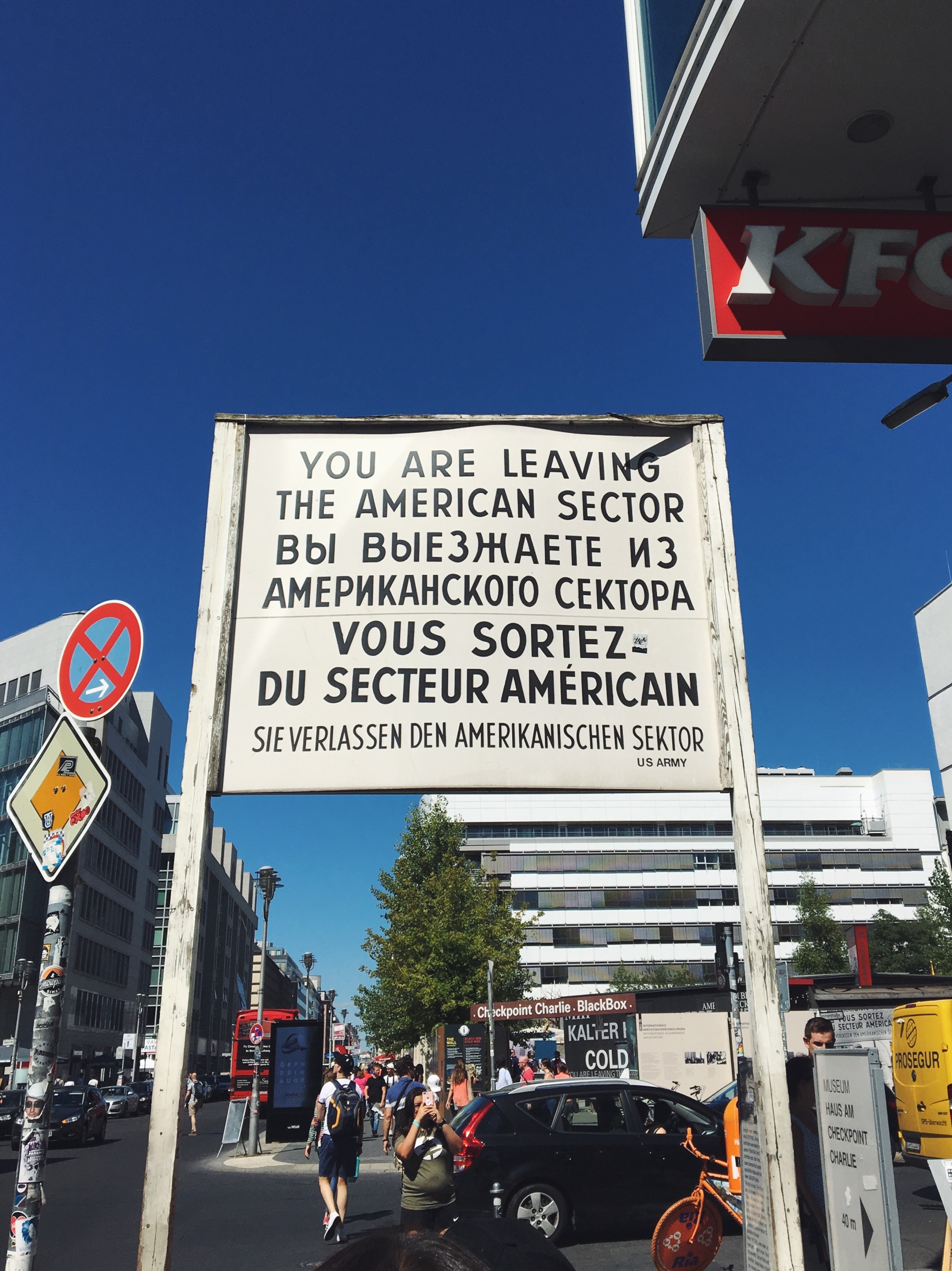 We also visited Checkpoint Charlie during our time in Berlin. It was very interesting to visit such a monumental place for WWII, and have it juxtaposed with the KFC and McDonalds that were right next to it. 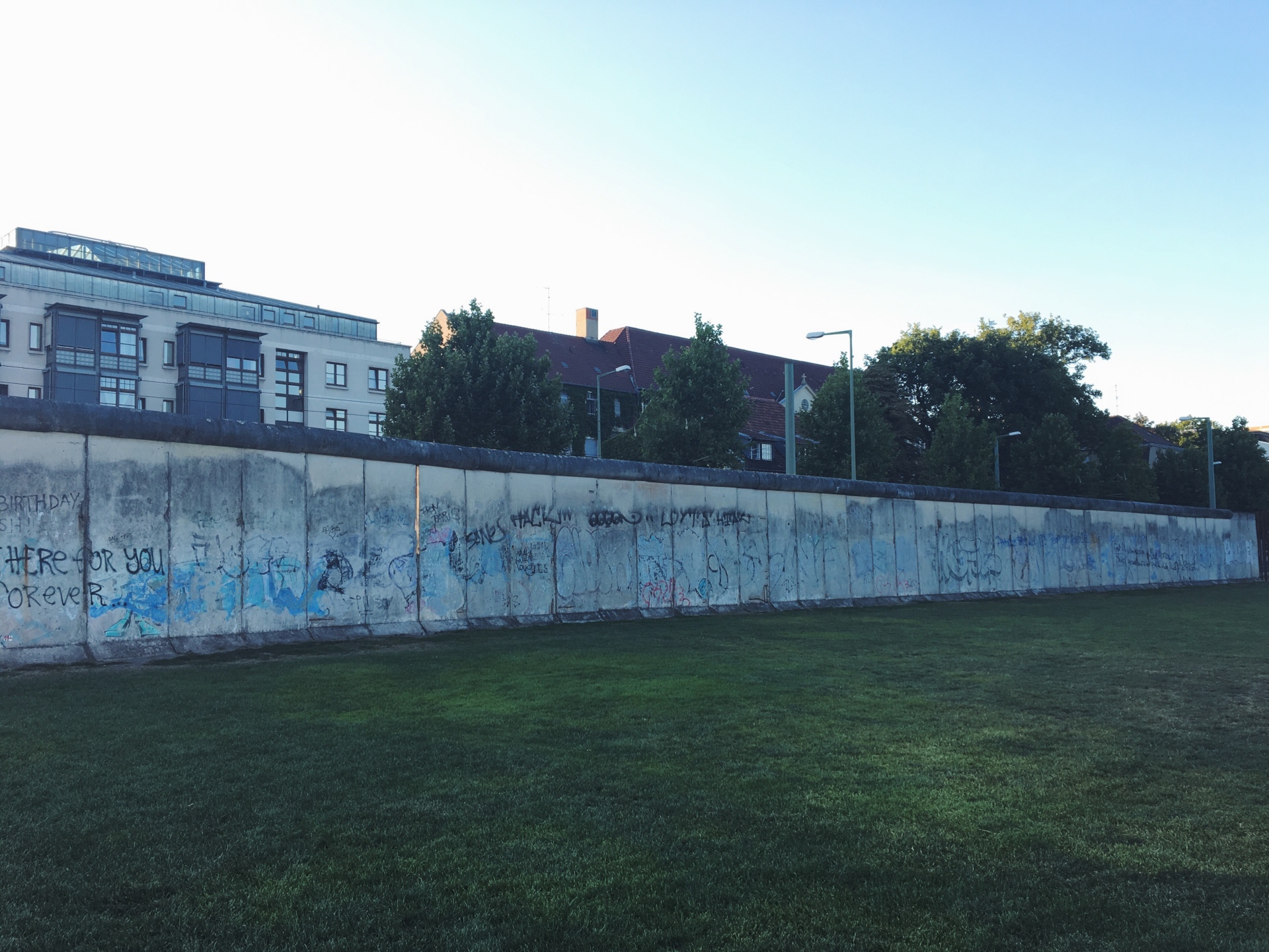 We stayed only a short train ride from the Berlin Wall Memorial which had part of the border and a watch tower. It now stands as a Memorial to those who lost their lives trying to cross the border. The train station, Berlin Nordbahnhof, near the Memorial also has a lot of history about people who tried to escape through the underground system.

KaDeWe was an amazing multi-story shopping centre. They had a massive amount of brands to look at – a good way to kill a few hours!

There were so many monuments to visit in Berlin – Alexanderplatz and the Brandenburg Gate were another two we stopped off at during our time in Berlin.

I recommend if you are flying in and out of Berlin to use the Tegel Airport not Schönefeld like we did! It is really far out of the city and took us a while to get there. Or alternatively the train was super easy. The Metro was a great way to get around the city too!

My name is Leah and I am a fashion, travel, and lifestyle blogger based in Melbourne. I decided to start my blog mode as a creative outlet and an opportunity to do something within the fashion realm, which I have always loved. I wanted to share my styling tips and tricks, and my trips so I hope you enjoy! If you would like to contact me, send an email to mode.leah@gmail.com x 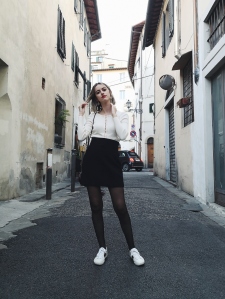